Le Fin Renard: one of the very best cheeses in Quebec

Fromagerie Bergeron is pleased to announce that its Le Fin Renard cheese has taken top honours at the prestigious 2019 Sélection Caseus Awards, which took place September 10, 2019 at the Musée de la civilisation in Quebec City.

Le Fin Renard garnered first prize in the “Washed rind cow’s milk cheese, mixed or natural – firm or hard paste” category, a grouping in which cheese makers that process over 1 million litres of milk per year are eligible to compete. Once again, Le Fin Renard proved it could measure up to some of Quebec’s finest cheeses. This year’s finalists in the category included OKA L’Artisan by Agropur, Du-Charme cheese from Fromagerie la Vache à Maillote as well as Haut-Marais de L’Isle from the Fromagerie de L’Isle.

“It’s a real honour for our Fin Renard to win. It’s a cheese that demands a lot of time and attention. Throughout the ripening period, it takes a lot of work to develop the rind, which needs to be brushed with care. Long before the cheese gets to the supermarket shelf, we make sure it looks as good as it tastes! It’s definitely a cheese worth sampling, both for its superlative quality and its unique flavour profile,” said Roger Bergeron, Fromagerie Bergeron President.

A jury made up of 22 cheese specialists was tasked with judging the 169 Quebec cheeses entered in this 21st edition of the Sélection Caseus Awards. This year, 21 cheeses were declared winners in their respective categories.

A cheese of character

Le Fin Renard is notable for its washed rind and hints of cocoa and mushroom. Particular attention is paid to the quality of milk used to ensure the cheese develops its characteristic fine flavour. And the number of distinctions the cheese has received over the years is testament to its remarkable character, which has consistently placed it among the very finest cheeses in Quebec.

La Fromagerie Bergeron is highly regarded for the quality of its cheeses. By adhering to only the highest standards for the manufacture and evaluation of its products, the company does everything in its power to meet the expectations of today’s discriminating consumer. 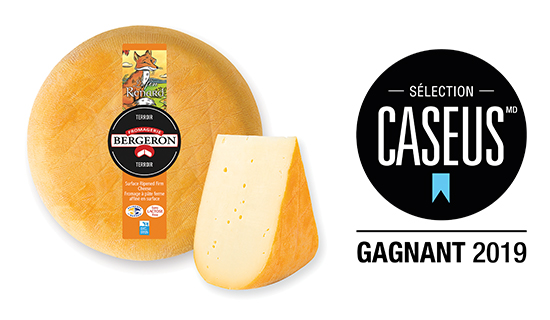